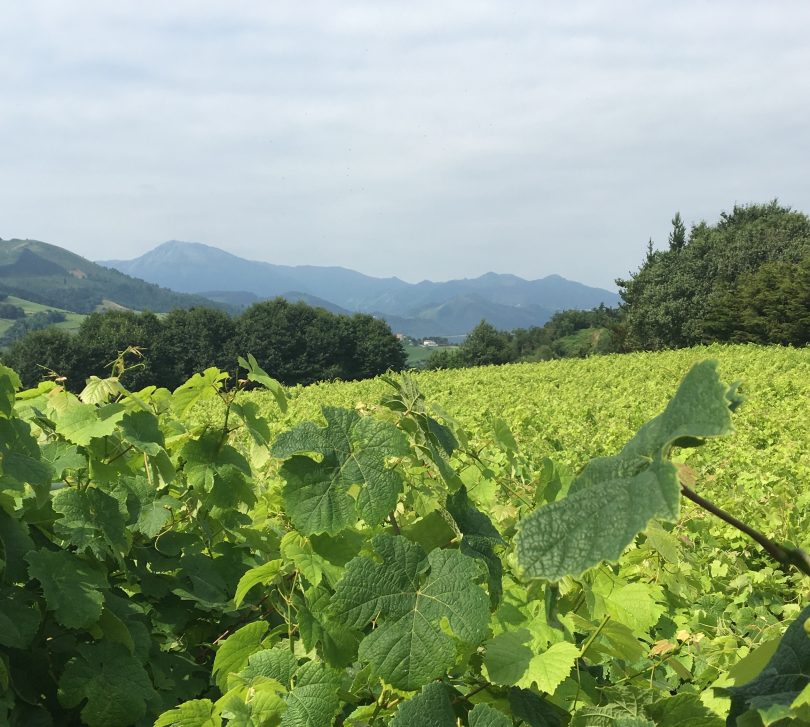 When wine provides the gateway to language, people, place and culture

If you are serious about wine then, at some stage, you will have to travel. The world is full of native grape varieties that only grow in certain pockets of the planet. The wines they produce will rarely come to you; you must go to them.

By contrast, varieties such as Chardonnay, Shiraz, Sauvignon Blanc or Cabernet Sauvignon will come to you. These are ‘international’ varieties, with reach and appeal, at home in most wine-growing nations and dependable enough to satisfy global markets.

Native varieties take their genome from the local environment. They produce vines that are cultivated locally, and wines that are consumed (mostly) within domestic markets.

Like the much-loved villager, known only to her neighbours, who lives and dies in the town of her birth, native grape varieties fulfill their destiny and make their contribution in small but valued ways.

So, saddle up and venture out; there is much to see and taste.

This is, more or less, how I came to be on a hilltop last month, overlooking the Bay of Biscay in the Basque Country of northern Spain.

I travelled up a winding road, high above Getaria, a coastal town with a shimmering port. The road grew narrow as I climbed, flanked on both sides by dense vegetation.

At the top of the hill, the road turned to gravel and came to an end at the entrance to a winery. I stepped from the car into brilliant sunshine.

Rows of leafy vines grew to the edge of the front courtyard and covered the surrounding hills with a green and vibrant beauty.

The owner emerged from the cool depths of a large shed and walked towards me, smiling.

Behind him, a dog lazed on a balcony – one ear up, one ear down, head between its paws. The dog refused to come when called; such was the heat of the day. 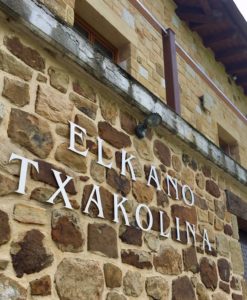 I was at Elkano winery, among the vineyards of Txakoli de Getaria, the largest of three sub-zones in a region devoted to two native grapes: the white grape, Hondarrabi Zuri; and the red grape, Hondarrabi Beltza.

From these, the Txakoli region (pronounced Cha-co-lee) produces light, bright and bone-dry wines. Low in alcohol, yet packed with flavour, the wines contain the faintest spritz.

In bars throughout the Basque Country, the wine is poured from a height into flat-bottomed tumblers. This theatrical gesture has a practical use: it aerates the wine and charges the fizz.

The wines from Elkano were filled with aromas of crunchy green apples and citrus fruit. There was a pleasant, chalky, mineral-like quality to each of the wines I sampled.

Throughout the day, sea breezes, rich with iodine and salt, reach the vineyard and circulate among the vines. So there was something clean and briny, too, in every sip of wine: a taste of summer.

The owner led me on a tour of the winery and conveyed his passion for Txakoli with the aide of a translator.

Whenever concepts or expressions were lost in translation, the owner shrugged his shoulders and laughed without a care. I liked him very much.

He told me that the vast bulk of Txakoli wine is consumed by the Basques themselves. They serve it as an aperitif. They serve it with meals and pair it with Pintxos, the brilliant Basque version of Spanish tapas. 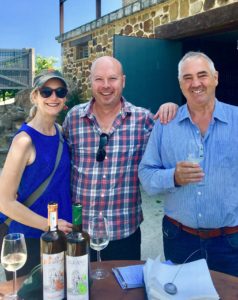 The owner led me back outside. We stood for a bit in the open air, drinking wine and picking our way through a platter of olives, pickled peppers, white anchovies and crusty bread.

The Basques are a mystery in so many ways. The early Basques left no written records. Their origin stories contain no migration myths. Their language, too, exists in a vacuum: not Indo-European, Arabic, Celtic or Slavic.

I learned a word on my travels this year that deserves a wider audience. A word that captures so much more than the region it describes. A word for a singular people with an earthy feel for life.

Txakoli: Basque in a glass.