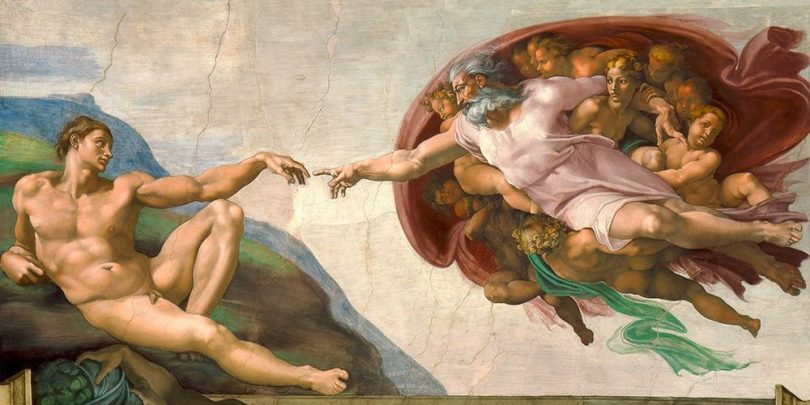 “Beer is made by men, wine by God.” Well, not entirely…

Beer is made by men, wine by God. So said Martin Luther (1483-1546), the German theologist, priest and contrarian.

Luther was one of the most influential figures in Catholic history and a seminal figure in the Protestant Reformation of the 16th-century.

He challenged the basic tenets of Roman Catholicism and was dragged before an assembly of Catholic elders in 1521, accused of heresy.

“I cannot and will not recant anything,” he said. “It is neither safe nor right to go against conscience.”

His followers split from the Catholic Church and began the Protestant tradition.

Thereafter, printed images of Luther emphasised his imposing size and were crucial in the propaganda war that sought to distinguish Luther from frail Catholic saints. 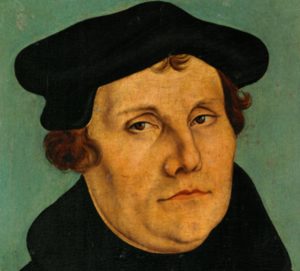 Luther (pictured) was presented as a stout man with a double chin – as a bloke who liked a drink and who, in contrast to the ascetic life of the medieval religious orders, was prepared (and permitted) to embrace earthly pleasures.

Would you want him as a mate? Probably not. He was, by all accounts, fantastically ill-mannered, intolerant and obstinate – but he might have made for interesting company over the occasional drink or two. And he was right about beer and wine.

“Beer is made by men” (and women) because it must be: there is no naturally occurring process by which barley, water, hops and yeast (the basic beer ingredients) can come together and produce, unaided, a beer-like outcome. Humans have to intervene; they must make beer.

The fermentation of a grape, however, requires only sugar and yeast. A ripe grape is full of natural sugars, with wild air-born yeasts living on its skin (that fine white layer sometimes visible on the outside of a grape).

Even without human intervention, most grapes will eventually fall or split and the external yeast will find the internal sugar – and yeast plus sugar equals alcohol.

Hunter-gatherers as far back as the Neolithic period (10,000 BC) discovered that alcoholic fermentation of sugary substances occurred naturally and even spontaneously under certain conditions.

Picture it: split and fallen grapes in a congealed pile, fermenting in the sunshine; yeast and sugar bubbling away in a chemical reaction prescribed by nature.

Those early humans must have dipped their fingers in the ferment, licked their lips and considered it good. Eventually, it dawned on them: “Imagine this on a larger scale…”

At which point, Luther’s observation – that wine is made by God – ceases to be wholly true.

Visit a winery and see for yourself the immense design and effort required to produce fine wine on any commercial scale.

Observe the investment and the risks associated with cultivating a healthy crop.

Consider the multitude of choices a winemaker is compelled to make, at every step in the wine making process, and how each of those decisions affects the final product: from what to plant and when to harvest; to how to crush, ferment, refine and age each batch of wine.

The sheer complexity of it all, and the wild and costly vagaries that accompany the entire enterprise, mean that making wine is neither for the faint-hearted nor the half-arsed.

And then the final agony: is the wine any good? Will profound, prodigious effort arouse among the public mere indifference or disdain? Can you saddle up and try again if this year’s vintage fails?

Human beings have taken a naturally occurring phenomenon and enhanced its potential: laid rows of vines on sunlit hills and valley floors; defined and refined viticultural practices of the most ingenious and effective kind.

Did God make wine? I’ve no idea. But I know what I see on my travels through the world of wine.

The best in the business bring to their labour a level of attention, care, courage and commitment that inspires respect and even awe.

Call it God-like. Call it love.