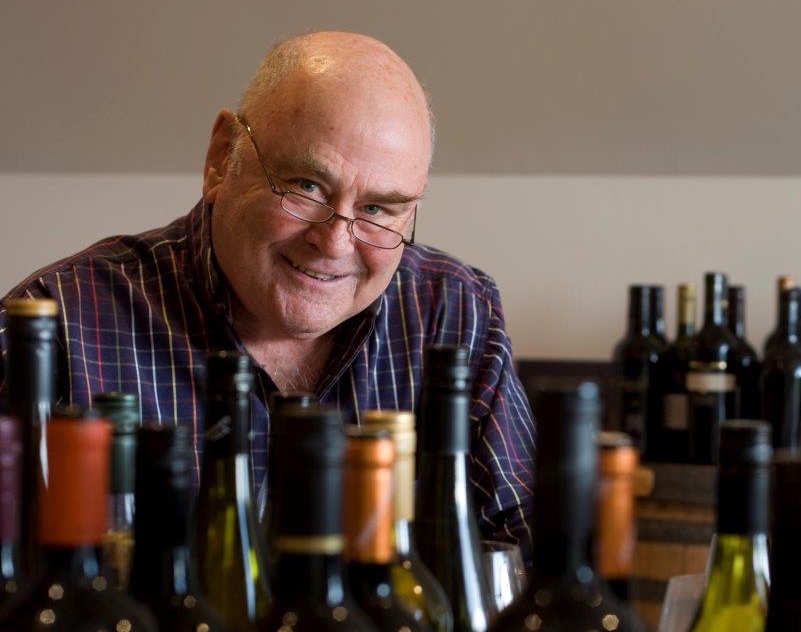 James Halliday: he dreamed it up; he made it happen.

There is a lot to like about James Halliday, the revered Australian wine writer and industry legend. Here is why I admire him.

It is 1971. Halliday is 33, a lawyer in Sydney. Concerned that law may suffocate all life beyond the office, Halliday seeks a “compulsion” – an activity or interest that depends on his participation. Otherwise, he might yield to hangovers or work on weekends.

He loves wine. Collects wine. Has begun to write about wine. So he and some fellow lawyers band together to form Brokenwood winery in the Lower Hunter Valley, NSW.

They are flying blind – none of them possess any technical wine making qualifications – but with the help of friends and family, the venture succeeds.

They clear land, plant grapes, prune and train vines, make and bottle the wine, and market their first 150 cases.

The partnership expands. Halliday manages most aspects of the viticulture, winemaking and marketing. It takes his weekends and all of his holidays.

By the end of the decade, he is an authority on the region. He publishes his first book: The wines and history of the Hunter Valley.

When Halliday (pictured) moves to Victoria in 1983 to start the Melbourne office of his law firm, he sells his interest in Brokenwood.

If circumstances dictate that he cannot continue as an active business partner, he would rather walk away. It is an act of considerable integrity.

He starts over. He purchases a 40-acre property and house in the Yarra Valley, 90 minutes east of Melbourne (with 100 per cent borrowed funds).

There, he plants 12 acres of vineyard, forming the nucleus of what is now Coldstream Hills.

He commutes each day to Melbourne, leaving home around 6.15am and seldom returning before 7.30pm, writing wine columns (and even chunks of books) on the train each day.

Often, he rises in the dark to begin pruning for an hour from first light before heading to the office.

Think about that: up before the sun and out among the vines, in a valley where temperatures routinely fall to freezing; writing as he rides the train, because that is what it takes; nine or 10 hours of corporate law; then home again on public transport.

It gets better. Five months before his 50th birthday, Halliday walks away from his legal practice, relinquishing a senior partnership and the income that it represents, to further his wine writing.

He goes on to write, co-author or contribute to more than 70 books on wine – several translated into multiple languages – as well as countless newspaper and magazine articles.

His writing is clear, confident, informative and analytical. He evokes deep feeling, too. Like this:

I am hopelessly biased when it comes to the Yarra Valley, for it is where I live, where I work… and it is where I will die when my time comes. It is a place of extreme beauty, of constantly changing light, of colour and of mood. It offers landscapes on an heroic scale with the same profligacy as it offers intimate vistas. Once you have seen it, you cannot help but love it.

Today, Halliday lives and works in a house attached to the Coldstream Hills property (though he no longer holds a financial interest in the business).

He tastes up to 120 wines a day* for his annual Australian Wine Companion, the definitive (and best-selling) guide to Australian wine and wineries. I have a copy on my desk, one at work and another in the car; it’s that essential.

He remains a sought-after speaker and wine judge, in Australia and overseas.

In his 2012 memoir, A life in wine, Halliday says that when he dies, his ashes will be spread beneath the Coldstream Hills Chardonnay vines. That day, I hope, is a long way off.

Throughout the journey, Halliday has backed himself and gambled big. He has worked hard and lived well.

I love his courage, passion and grit. He’s an inspiration.

* Soon after the publication of this post, James Halliday sent me a note: “The only update is that I’m taking twice as long to do anything these days,” he wrote. “So I’ve reduced my daily tasting schedule to 70 wines a day.” I reckon he has earned his rest, such as it is.